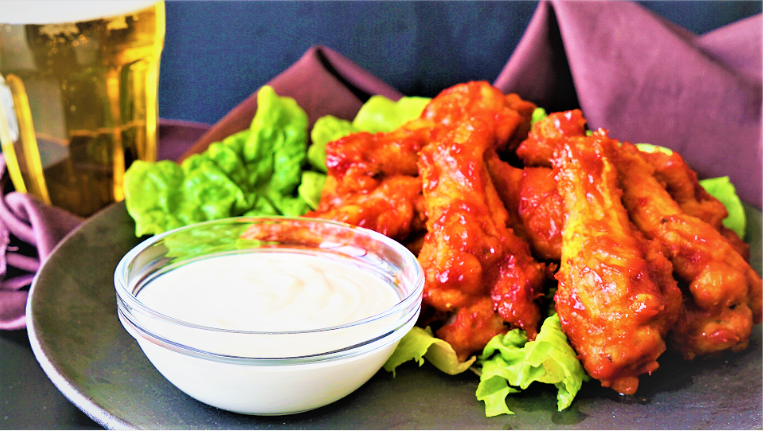 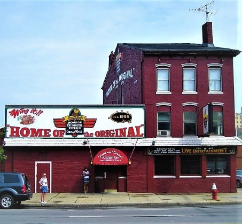 Buffalo wings, an American invention, have become a national institution at bars and sporting events, since introduced at the Anchor Bar, in Buffalo NY, in the 1960's.

Originally a cheap and convenient appetizer, using a cut of chicken that was typically thrown away, or used for stock.

Bar owner Teressa Bellissimo, unknowingly launched a craze one Friday night, when the joint was hopping, the drinks were flowing, and her husband (and co-owner) Frank, wanted something to serve their predominately Catholic clientele at midnight, when they were allowed to eat meat again.

Competitive eater Molly Schuyler (127lbs) set a new world record of 501 wings in 30 minutes at the 2018 "Wing Bowl" in Philadelphia.

Each American will scarf down 18,000 chicken wings in their lifetime.

12 - 18 Chicken Wings, or “Party Wings” as you’ll sometimes see them called
Olive Oil, to coat
Salt and pepper, to coat

Rinse wings in cold water and pat dry (a good idea when working with any raw poultry).

Place a drying rack over a cookie sheet and spread the wings on top of the rack. Refrigerate wings, uncovered, for three hours (this is key for drying the skin and preventing it from becoming rubbery.) 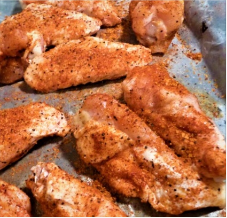 After 3 hours, take the wings out of the fridge, and let them rest on the counter 20-30 minute to warm.

Toss wings with a couple tablespoons of grapeseed oil, and Buffalo Rub (below). Spread the wings over a couple of racks, set on top of foil-lined baking sheets and set inside the box.

Load your smoke box, or tube, with hickory pellets, fire it up and place inside the box, to one side of the baking sheets, and set the lid in place.

Cook wings for 1 hour, and add 10lbs of charcoal. Cook for another 30 minutes.

Take the wings out of the box when they feel crispy on the outside. 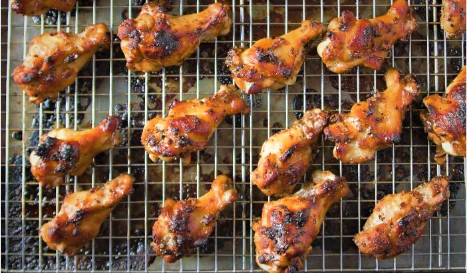 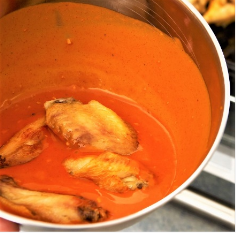 For the Buffalo Sauce:

Bring butter to very low simmer (do not boil!), slowly whisk in the Frank’s Red Hot Sauce, and remove from heat. Pour into a large bowl.

Cover box with the ash pan and charcoal grid. Add 16 lbs. of charcoal for Model #1 Box or 18lbs. for Model #2, or Semi Pro Box, and light up. Cooking time starts right now.

Once the wings feel crisp, remove from the box and toss with sauce. Place wings on the grill top for 2-3 minutes, flipping once, to set the sauce.

Home Chef Note: You want to take the wings directly from the grill and into the sauce.

Remove wings to a warmed platter, and allow to cool 10-15 minutes, and serve with blue cheese, or ranch dressing, and chilled celery sticks. 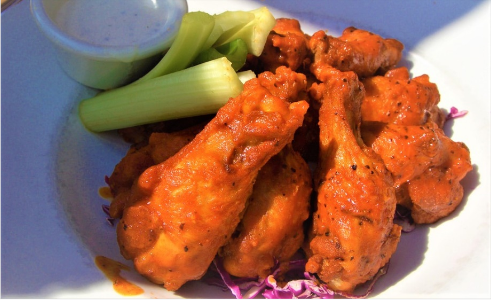